THE MAGICIAN
A Novel
By LEV GROSSMAN

NEW YORK CITY |  Did you know? This New York Times bestselling novel about a young man practicing magic in the real world is now an original series on Syfy.

What is it about? Here’s the plot: Quentin Coldwater is brilliant but miserable. A high school math genius, he’s secretly fascinated with a series of children’s fantasy novels set in a magical land called Fillory, and real life is disappointing by comparison.

When Quentin is unexpectedly admitted to an elite, secret college of magic, it looks like his wildest dreams have come true. But his newfound powers lead him down a rabbit hole of hedonism and disillusionment, and ultimately to the dark secret behind the story of Fillory. The land of his childhood fantasies turns out to be much darker and more dangerous than he ever could have imagined. . . .

The prequel to the New York Times bestselling book The Magician King and the #1 bestseller The Magician’s Land, The Magicians is one of the most daring and inventive works of literary fantasy in years. No one who has escaped into the worlds of Narnia and Harry Potter should miss this breathtaking return to the landscape of the imagination. 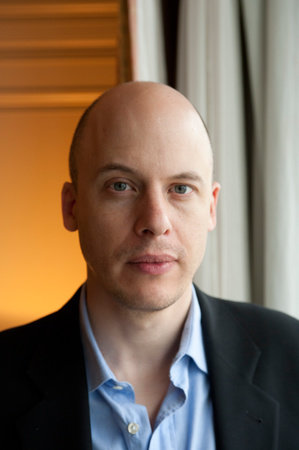 LEV GROSSMAN is the book critic for Time magazine and the author of five novels, including the international bestseller Codex and the #1 New York Times bestselling Magicians trilogy. He lives in Brooklyn with his wife and three children.

PRAISE FOR THE MAGICIANS

The New York Times bestselling novel about a young man practicing magic in the real world, now an original series on Syfy.

“The Magicians is to Harry Potter as a shot of Irish whiskey is to a glass of weak tea. . . . Hogwarts was never like this.” —George R.R. Martin

“Sad, hilarious, beautiful, and essential to anyone who cares about modern fantasy.”
—Joe Hill

“A very knowing and wonderful take on the wizard school genre.”
—John Green

“The Magicians may just be the most subversive, gripping and enchanting fantasy novel I’ve read this century.”
—Cory Doctorow

“This gripping novel draws on the conventions of contemporary and classic fantasy novels in order to upend them . . . an unexpectedly moving coming-of-age story.”
—The New Yorker