To download PDF versions of guides, brochures and maps, please click on the coverpages below. Please note that some guides and brochures are larger than others and may take some time to download, depending on your connection speed.

These destination materials came courtesy of the Moroccan National Office of Tourism and the Moroccan Government.

You Must Remember This 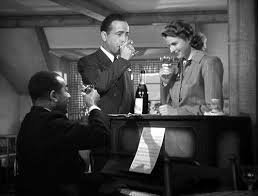 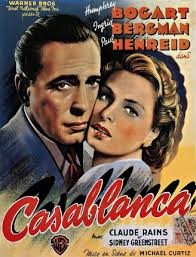 Thanks to the classic Hollywood film starring Humphrey Bogart and Ingrid Bergman, Casablanca might be the most famous of Moroccan cities. It is home to the huge Hassan II mosque, the second largest mosque in the world with only the Grand Mosque of Mecca surpassing it. Many travellers quickly leave this vibrant and modernist metropolis on a search for a more traditional Moroccan experience, but admiring the impressive colonial architecture, Hispano-Moorish and art-deco outlook of the city centre is actually time well spent. Talk about the fate of movie-made legends as time goes by.

Talk Morocco | Not a country where people speak a single language - As with any population, Moroccans tend to appreciate visitors… Read More

OLD IMPERIAL CITIES WITH PLENTY OF HISTORY AND CHARACTER

North Africa’s Morocco is a popular destination, attracting culture lovers, backpackers, adventure travelers, couples, families, foodies, and more. Its diverse mountain ranges appeal to fans of the outdoors. Morocco is known for being one of the most tolerant of the Arab nations. The country is relatively safe, peaceful, and stable. Moroccan people, both Arabic and Berber, are also noted for their warm hospitality and warm, friendly nature. Tourists may receive curious looks in areas that see few visitors, but this is often followed by cheery waves, especially from children, and attempts to strike up a conversation. As a former French colony, French is widely spoken. In popular tourist areas, English is commonly spoken too. Communication is rarely a problem for visitors.

Easily reached from Marrakesh, the soaring giant attracts many outdoor lovers all year round. The Rif Mountains, in the north of the country and close to the blue city of Chefchaouen, are also great for outdoor adventures. Hiking, mountain biking, and horse riding are among the attractions people can enjoy in Morocco’s mountains, as well as visiting Berber villages, bird spotting, and seeing local wildlife.

Morocco has four imperial cities: Marrakesh, Fes, Meknes, and Rabat. Rabat is the current capital city. Although a modern city at first glance, it has several interesting historical attractions, such as the Kasbah of the Oudaias, the old medina, and the Hassan Tower. The gleaming Royal Mausoleum is also well worth a visit.

Known as the Red City, Marrakesh is famous for its old medina, numerous souks, ancient palaces like Badi Palace and Bahia Palace, the striking Koutoubia Mosque, the energetic Djemaa el-Fna, and the Saadian Tombs. The former capital of Fes boasts plenty of stunning architecture, though it is perhaps most known for its large tanneries and for being home to one of the oldest universities in the world. Meknes has one of the most impressive monumental gates in all of Morocco, Bab el-Mansour. Horse drawn carriages are a great way to explore the charming and relaxed imperial city.

Morocco’s population is made up of both Arabs and Berbers, with each group having contributed to the rich traditions and cultural practices that can be observed in the country today. You will also be able to spot influences from Andalusia, from the times when Andalusian Muslims moved to North Africa. There are also legacies from the colonial era, with French, Portuguese, and Spanish influences seen in different parts of the country. Especially interesting for a predominantly Islamic nation, there have also been influences from Jews in Morocco. Indeed, you’ll find the only Jewish Museum in the entire Arab world in Casablanca.