NEW YORK CITY |   The City of New York loves HELLO, DOLLY!   It loves this new show so very much that last night NY Mayor Bill de Blasio (and his minions) hand-delivered a new proclamation to where the show nightly performs.

The proclamation is huge news in the closed culture of Broadway politics. Why?  Because this Bette Midler-driven juggernaut officially opened last night at the Sam S. Shubert Theatre on Broadway.

It’s important, because the City and the show’s producers took the bother to release in advance an image of the proclamation, which you can see here.

(CLICK HERE to get a closer read of the proclamation.)

And because Midler is beating Carol Channing when it comes to receiving city-government embraces.

Today’s proclamation gives Midler a valued, civic-optimistic treatment from the City — the sort that ever greeted Channing when she recently revived her own signature role for the endlessth time.

This HELLO, DOLLY! is the first new production of this classic musical (based on Thornton Wilder’s THE MATCHMAKER) to appear on Broadway since it opened more than 50 years ago. This new revival pays tribute to the original work of legendary director/ choreographer Gower Champion, which has been hailed both then and now as one of the greatest stagings in musical theater history.

The Divine Miss Bette Midler tweeted a photo of herself on March 14 as she sashayed and took over the title role of the already-much-touted Broadway revival of HELLO, DOLLY!

She looks like Carol Channing, doesn’t she?  At 71, Midler stars as the iconic matchmaker Dolly Gallagher Levi in the musical opposite David Hyde Pierce as Horace Vandergelder. 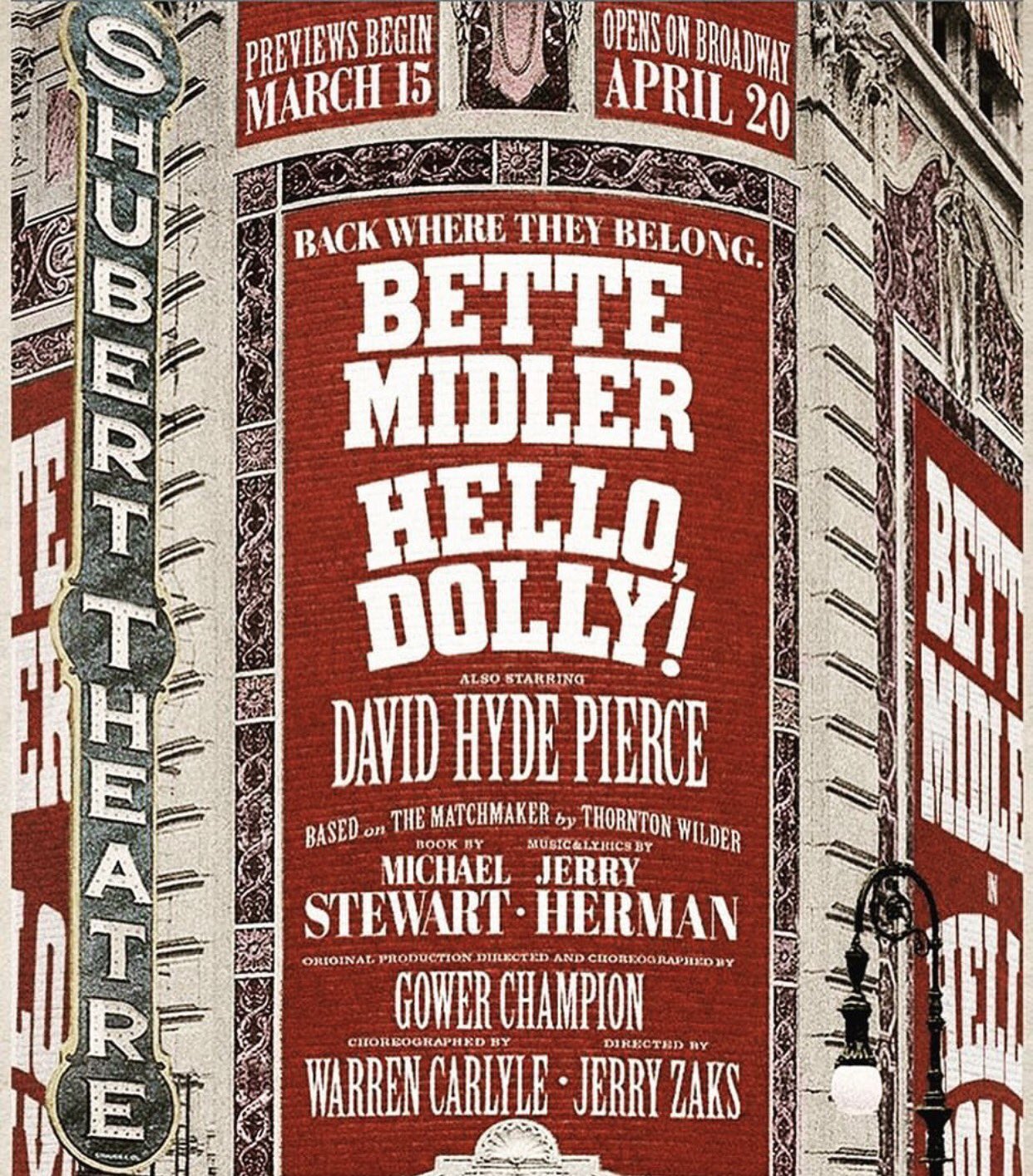 Can’t wait to see her up-close? Having difficulty meeting bills this week?

No matter. Producer Scott Rudin recently announced that the entire first row of orchestra seating for all announced performances of HELLO, DOLLY! has just gone on sale to the general public. These premium tickets are available online at HelloDollyOnBroadway.com, by phone via Telecharge.com at (212) 239-6200, or in person at the Shubert Theatre box office (225 West 44th Street).