OUTER SPACE |  This image of a crescent Jupiter and the iconic Great Red Spot was created by a citizen scientist (Roman Tkachenko) using data from Juno’s JunoCam instrument.

You can also see a series of storms shaped like white ovals, known informally as the ‘string of pearls.’ Below the Great Red Spot a reddish long-lived storm known as Oval BA is visible.

JunoCam’s raw images are available at www.missionjuno.swri.edu/junocam for the public to peruse and process into image products.

More information about Juno is online at http://www.nasa.gov/juno and http://missionjuno.swri.edu. 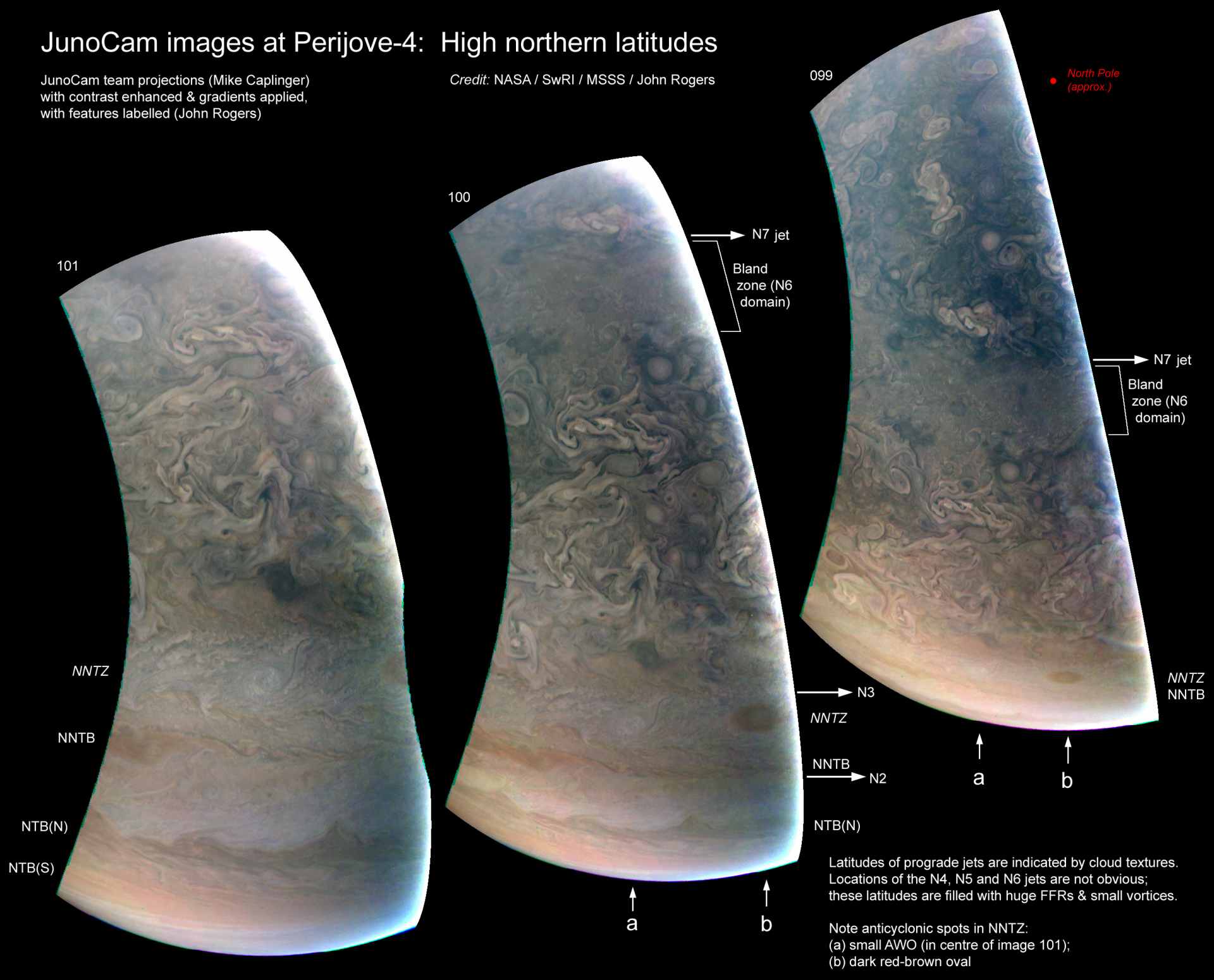