NEW YORK CITY |  You only have 1 day left to see IN TRANSIT!  Stop by and join the show #DeepBeneathTheCity. www.InTransitBroadway.com.  If you care to do so…

Sadly, it’s the same case for Cirque Du Soleil’s Broadway engagement of PARAMOUR. Both shows close this weekend. What follows is a roundup of what the forecast is for 7 New York shows. Not all is bad news, too. In some cases, several shows will re-emerge under new auspices.

What a shame. Broadway’s first a cappella musical IN TRANSIT will play its final performance on Sunday, April 16, 2017 after playing 36 preview and 145 regular performances at Circle in the Square Theatre (235 West 50th Street).

Producer Janet B. Rosen said, “As the producer of IN TRANSIT, we look forward to the release of our cast album which will preserve our show forever.”

The original Broadway cast recording will be released on Hollywood Records and will be available digitally on Friday, April 28, 2017 and in-stores on Friday, June 9, 2017. The original cast album is now available for preorder at Amazon.

Tickets for IN TRANSIT range from $89 – $159 and are available, along with the full performance schedule at www.telecharge.com (212.239.6200), or in-person at the Circle in the Square Theatre box office (235 West 50th Street).  To learn more, please visit www.InTransitBroadway.com.

Spring looks raucous for anyone who might want to see a Tony Award–nominated actor who originated his leading role in a Broadway musical.  For portraying the part of Dewey Finn,  Alex Brightman earned a 2016 Tony Award nomination for “Best Actor in a Musical.” For the rest of this month, he plays musical chairs with Eric Petersen, who went on vacay and is gone until Monday, May 1. 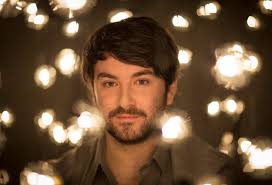 Alex Brightman originated the hilarious role of “Dewey Finn,” winning him a 2016 Tony Award nomination for “Best Actor in a Musical.” An actor and writer, Brightman is currently developing two new musicals, The Whipping Boy and It’s Kind of a Funny Story, with his writing partner Drew Gasparini. Brightman has been giving star-making performances that genuflects to Jack Black in the movie while putting his own anarchic stamp on the role of Dewey Finn.

If you miss Brightman’s return, that’s okay, too.  Because the show’s prime asset is the cast of ridiculously talented kids, ranging in age from nine to 13. They supply a joyous blast of defiant analog vitality in a manufactured digital world.

School of Rock is produced on Broadway by Andrew Lloyd Webber for The Really Useful Group, Warner Music Group & Access Industries, The Shubert Organization, and The Nederlander Organization.

Following a run of nine months at The Triad on W. 72nd St., the satirical musical comedy SPAMILTON (which makes fun off all things HAMILTON) has found fresh new life in New York and around the country.

First is an open run, which means it will perform Off Broadway for a while. And the darn little-show-that-could will alight in Los Angeles,

This show comes from the dirty-nerdy-quirky mind of FORBIDDEN BROADWAY favorite Gerard Alessandrini. He said, “We will also be adding up-to-date references to HAMILTON, Lin-Manuel Miranda, and their impact on the current Broadway season. So look out Glenn Close and Bette Midler!”

For complete performance schedules, tickets, and pricing for New York and Chicago, you can visit www.spamilton.com. For additional information about the Los Angeles production, please visit www.CenterTheatreGroup.org.

We don’t know yet where CIRQUE DU SOLEIL’s PARAMOUR will likely go after Sunday, April 16.  The Ambassador Theatre Group (Mark Cornell, CEO) recently announced that the venue where the circus is in town for — Lyric Theatre (213 West 42nd Street) — will close temporarily, beginning May 2017, to undergo renovations.  After the circus’s Sunday April 16, 2017 performance, it will likely relocate to another theater.

Having had a successful year in its Broadway debut, Cirque du Soleil is currently in discussions with several theater owners in New York and abroad who are interested in welcoming this unique production, including Stage Entertainment for a production in Germany in 2018.

“Our decision to move the show is the right one to ensure its long-term success,” said Cirque du Soleil Theatrical CEO, Scott Zeiger.

The Ambassador Theatre Group (ATG), by the way, calls itself “the world’s number one live-theater company with 45 venues in Britain, the United States and Australia, and an internationally recognized award-winning theater producer with productions in the West End and on Broadway and touring productions in the UK, North America, Europe, Australia and Asia.”

Poor Jordan. He remains the depressed odd man out this month. Why? Producers of Broadway’s critically enjoyed SIGNIFICANT OTHER just announces that his nightly dirge will pause on Sunday, April 23rd at 7 PM. By that closing date, SIGNIFICANT OTHER (currently playing at The Booth Theatre on 222 West 45th St.) will have played a total of 79 performances.

Jordan, by the way, is the teary lead role, portrayed by Gordon Glick (SPRING AWAKENING). He sobs that he is always always a bridesmaid, never a bride,” in Joshua Harmon’s “Significant Other,” the engaging comedy that runs nightly at the Booth. It’s bad enough that Jordan’s closest buddies, all women, are getting married.

Hopefully, with some rest after a decent Broadway run, Jordan will finally get the offstage love he yearns and aches for.

Tickets are currently available for purchase on-line at Telecharge.com, by phone at 212-239-6200 or in-person at The Booth Theatre Box Office. Groups can be booked through Broadway Inbound at broadwayinbound.com or by calling 866-302-0995.

This one is a surprise. Because it such a crowdpleaser, Off-Broadway comic doozy SHEAR MADNESS will begin its LAST WEEKS as New York’s comedy whodunit. Performances continue at the Davenport Theatre (354 West 45th Street) though April 23rd.

SHEAR MADNESS is America’s hilarious whodunit where the audience gets to solve the crime. Set in a local hair salon that turns into a wacky murder scene, the play takes a different tack each night so it changes every time you see it.  The shameless fun began on November 11th 2015 to rave reviews. At its closing, it will have played 602 performances and 23 previews.\

CAGNEY |  Bright Yet Cloudy Weather for a Dandy Public Enemy

CAGNEY, the popular Broadsway musical about Hollywood’s tough guy in tap shoes, will tap the night away Sunday, May 28 when its concludes its 502-performance run at The Westside Theatre.  Since April 3, 2016, CAGNEY has showed surprising strength in terms of box-office sales.

So the hope is that it will live on. Says producer Riki Kane Larimer: “While May 28 marks our final bow on West 43rd Street, this is just the beginning of CAGNEY’s next reel. It is my plan to bring the current production to Los Angeles for a limited engagement before returning to New York to launch a Broadway production. We hope to have more details to announce in the coming weeks but until then, ‘give our regards to ol’ Broadway and say that we’ll be there e’er long.'”

The successful Off-Broadway run of CAGNEY at Westside Theatre followed a critically acclaimed limited engagement at The York Theatre Company in 2015.